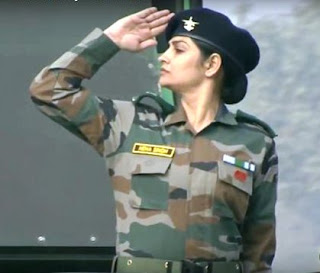 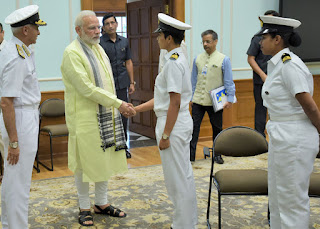 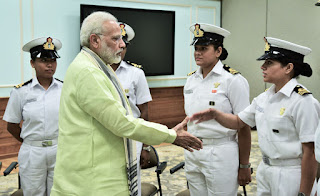 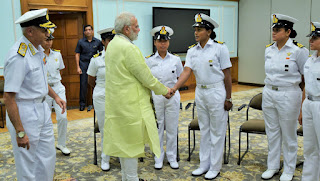 In 2011, the Union Government
approved consideration of women Short Service Commission Officers (SSCOs) for
grant of permanent commission along with men SSCOs in specific branches in the
three services viz. Judge Advocate General (JAG), and Army Education Corps (AEC)
of the Army and their corresponding branches in Navy and Air Force, Naval
Constructor in Navy and Accounts Branch in Air Force, the Minister said.
In March 2016, approval has been
accorded for induction of women Short Service Commission (SSC) officers as
Pilots in Maritime Reconnaissance (MR) stream and in the Naval Armament
Inspectorate (NAI) cadre.
In the Indian Air Force since 1993,
women officers have been inducted in all branches and stream as Short Service
Commissioned Officers except in the fighter stream. However, IAF has revised
Short Service Commission scheme to induct women into the fighter stream on
experimental basis for five years. The first batch of three women officers was
commissioned in the fighter stream in June 18, 2016.
In addition, steps like increasing
tenure of women officers and improving promotional prospects in Army have been
taken to increase participation of women in the Army. 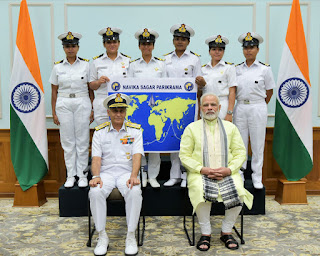 Odisha Govt hikes DA by 6% for its employees