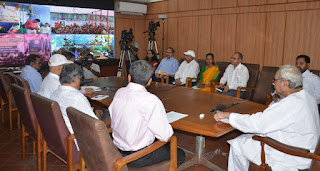 As part of
the programme, Patnaik interacted with the people and sarpanches of Rengali
gram panchayat (GP) in Sambalpur, Sanakuda GP in Ganjam, Narayanpatna GP in
Koraput and Khairabad GP in Jajpur districts via video vans from the State
Secretariat and approved 32 projects worth Rs 2 crore as requested by the
people.

This
initiative is a tribute to former Odisha Chief Minister and legendary leader
Biju Babu on his 102nd birth anniversary and his lifelong efforts to empower
people and villages. Biju Jayanti falls on March 5.
The Chief
Minister will hold such sessions twice a week, connecting with different Gram
Panchayats every week.
In the first
phase, four gram panchayats of Rengali, Sanakuda, Narayanpatna and Khairabad in
four districts Sambalpur, Koraput, Ganjam and Jajpur were chosen based on
parameters like infrastructure development, necessities and public feedback.
Under the
programme, projects with a minimum value of Rs 1 lakh and up to a maximum of Rs
10 Lakh will be sanctioned.
The Chief
Minister stated that the project will establish a direct connect between
highest level of administration with the people and enhance participation of
people and PRI members in development activities.
Earlier on
Saturday the CM flagged off mobile video vans for Ama Goan, Ama Vikas programme
that will move across Odisha to highlight developmental programmes of the state
government at the grassroots. Via these Wi-Fi enabled vehicles, people directly
talk with the CM.
People can
air their grievances to the Chief Minister’s Office and the State Secretariat
Chief Secretary’s office through videoconferencing via these Wi-Fi enabled
vehicles. State-of-the-art ‘Video Wall’ has been installed in CM’s Office and
mobile video conferencing vans launched for facilitating direct communication
between people and the State Secretariat 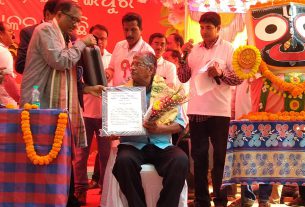 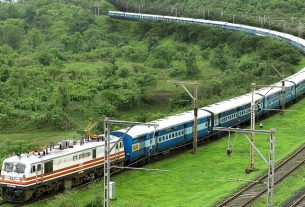