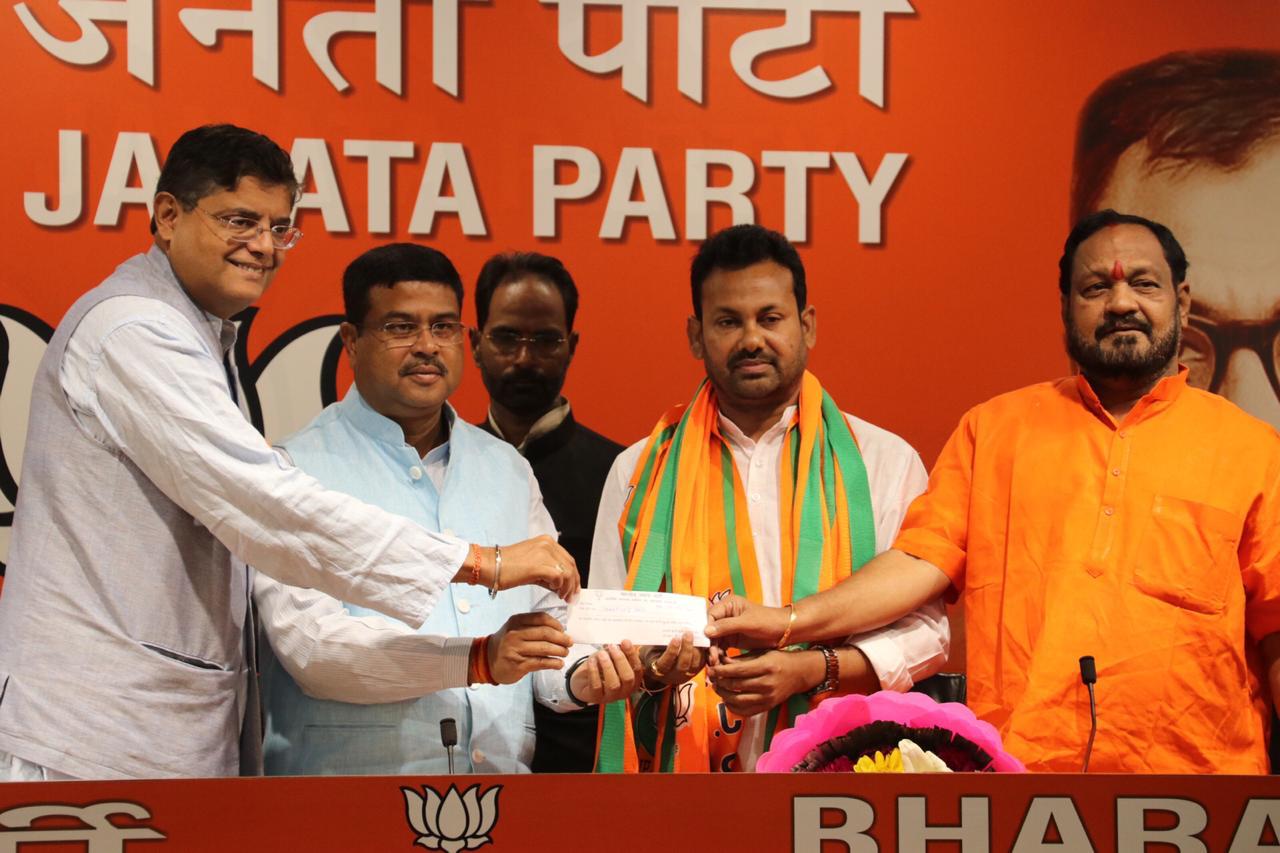 Bhubaneswar: A day after resigning from Congress, Salipur MLA Prakash Behera on Sunday joined the BJP in New Delhi.

Behera, who was for the first time elected from Salipur segment of Cuttack district in 2014 on Congress ticket, was inducted to party fold by Union Minister Dharmendra Pradhan, party’s national vice-president Baijayant Panda, party Odisha unit president Basant Panda and other leaders at party headquarters in New Delhi.

Welcoming Behera to the party fold, BJP national vice-president Panda said that Behera’s joining is a tremendous strength not just for Cuttack and Kendrapara but for entire coastal Odisha.

“Behera’s joining in BJP will help us bring out the change in Odisha which we have been talking about and working for the same,” said Panda.

Behera is likely to be the BJP candidate for Salipur Assembly constituency.

Behera said he was inspired by the leadership quality of Prime Minister Narendra Modi and party national president Amit Shah.

The Salipur MLA had earlier given indication of quitting party when he stopped using party flag and banners during a recent padyatra in his constituency. Initially, speculation was rife that Behera might join BJD as openly praised the Naveen Patnaik-led Biju Janata Dal. However, he was reportedly forced to join BJP after BJD hinted at giving ticket to Prasanta Behera for Salipur segment.

Simultaneous polling will be held in Odisha for its 21 Lok Sabha seats and 147-strong Assembly constituencies in four phases on April 11, 18, 23 and 29. Counting will be held on May 23. 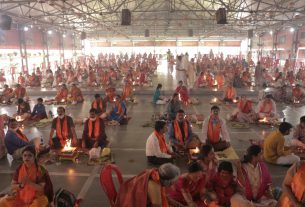 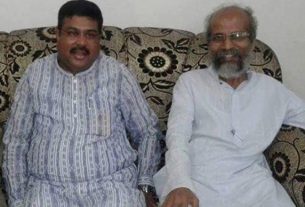 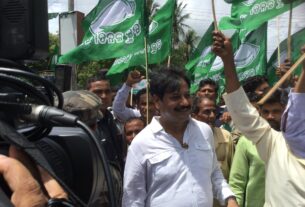