Bhubaneswar: A fortnight after Chief Minister Naveen Patnaik wrote to Union Tourism and Culture Minister Prahalad Singh Patel to include two tourist places of importance from Odidha in the list of Iconic Tourist Sites of the Centre, Union Minister Dharmendra Pradhan has also written to Patel requesting latter’s intervention for inclusion of Sun Temple in Konark and Lord Jagannath Temple in Puri in the list.

The Union Petroleum and Natural Gas and Steel Minister in his letter to Joshi, said, “As you are aware, Odisha is home to several wonderful cultural and natural heritage sites amongst which Sun Temple in Konark and Lord Jagannath Temple in Puri are holiest pilgrimage and attractive tourist destinations due to their religious, cultural and architectural importance.”

“The social fabric of Odisha is held together by seams of rich cultural history and devotion to Lord Jagannath. The Jagannath Temple at Puri is the ceremonial home of Odisha’s most revered deity, Lord Jagannath, and one of the four holiest dhams for Hindus. Host of the iconic Rath Yatra, the Puri Jagnnath Temple is unifying beacon of Odisha’s quintessential Jagannath cult,” said Pradhan, who hails from Odisha.

“The Konark Sun Temple, the 13th century marvel is acknowledged as the zenith of Odishan architecture and recognized globallyas UNESCOworld heritage site. Together with Bhubaneswar, Puri and Konark form Odisha’ golden triangle attracting millions of tourists and pilgrims from around the world and are breathing incarnations of Odisha’s socio-cultural identity,” added Pradhan.

Notably, Union Finance Minister Nirmala Sitharaman while presenting the annual Union Budget recently announced that 17 Iconic Tourism Sites will be developed into world class tourist destinations and to serve as a model for other tourism sites. These sites would enhance visitor experience, which would lead to increase in visits of both domestic and international tourists at these destinations.

On June 10, Chief Minister Patnaik wrote to Patel after not a single tourist place of Odisha found place in the list of 17 Iconic Tourism Sites to be developed by the Central Government. 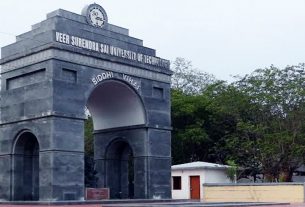 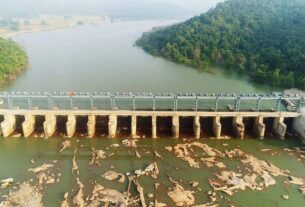