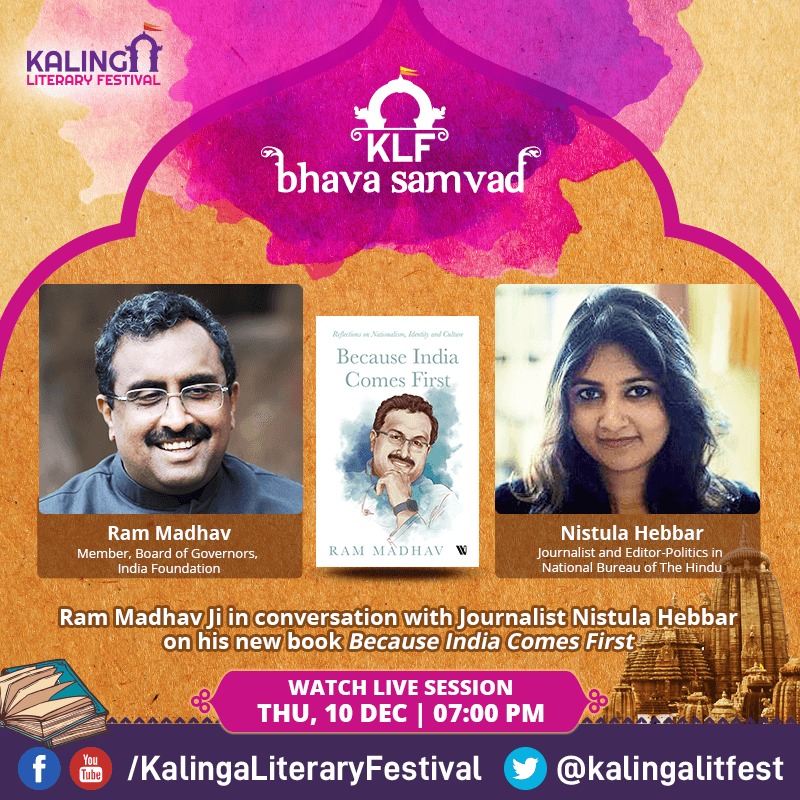 Ram Madhav (Member, Board of Governors, India Foundation) will be in conversation with journalist Nistula Hebbar on his new book “Because India Comes First” on December 10 at 7 PM.

Drawing from his years of involvement in politics, Ram Madhav’s essays discuss a range of issues that are at the heart of contemporary debates in India: democracy as the responsibility of the head of state, rule of law, peace and public order, Mahatma Gandhi and Gandhi-ism, Ambedkar’s ideals, empowerment of women, Indian judiciary, the Ram Janmabhoomi case, abrogation of Article 370, the legacies of Atal Bihari Vajpayee and Arun Jaitley, and Prime Minister Narendra Modi’s learnings in governance.

Desai will be in conversation with Dr Ajay Singh (Associate Director, Indian School of Business) on his latest book “Rebellious Lord – An Autobiography” on December 13 at 7 PM.

‘Rebellious Lord’ is the auto biography of Lord Meghnad Desai that begins with his life from Vadodara, Gujarat. Desai grew up in an India that was still shiny and new and filled with every kind of potential. But seeking fresh academic challenges, he left for the US and then the UK, quite certain that his future lay elsewhere. As he participated in the student protests that spread across the Western world in 1968-1969, his political energy and ideas began to find focus. This was also perhaps the root of his unorthodox approach towards economics.

Bandyopadhyay will be in conversation with columnist Atul K Thakur about his book ‘Pandemonium: The Great Indian Banking Tragedy’ on December 17 at 8 PM.

The book is a definitive insider story on the rot in India’s banking system – how many promoters easily swapped equity with debt as bank managements looked the other way to protect their balance sheets until the RBI began waging a war against ballooning bad loans. A timely and insider look at dramatic forces reshaping banking in Asia’s third-largest economy, this book is a bird’s-eye view of Indian banking and also a fly-on-wall documentary. A must-read to understand contemporary India’s challenges and economic potential.

Debroy will be in conversation with Sai Swaroopa Iyer on his latest book on December 23 at 5 PM.

Debroy’s Mahabharata Series can fascinate anybody who belongs to India or holds an interest in mythology, will know the value that Mahabharata has. It is remembered as a war between two mammoth cousin families.

Ram Mohan’s ‘Rebels With A Cause’ speaks about democratic societies taking pride in the freedom of expression. Indeed, the right to dissent and tolerance of diverse viewpoints distinguish a democratic society from a dictatorship. It is a book that asks hard questions to challenge the way we view, and live in, the world-an important book for anyone who refuses to accept the status quo.

After her debuting with ‘Fly on the Wall & Other Stories’, Sarma’s ‘The Awasthis of Aamnagri’ showcases a quintessential middle class family from the Hindi heartland.

KLF founder Rashmi Ranjan Parida said, “KLF BhavaSamvad was initiated to keep the literary spirit intact during lockdown because of the pandemic. But the rapid growth of the platform and after receiving immense love from the audience, KLF BhavaSamvad has reached its 100th session with legendary literary figures, artistes across the globe and will continue to live as a permanent platform.” 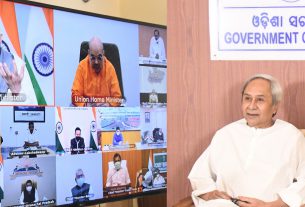