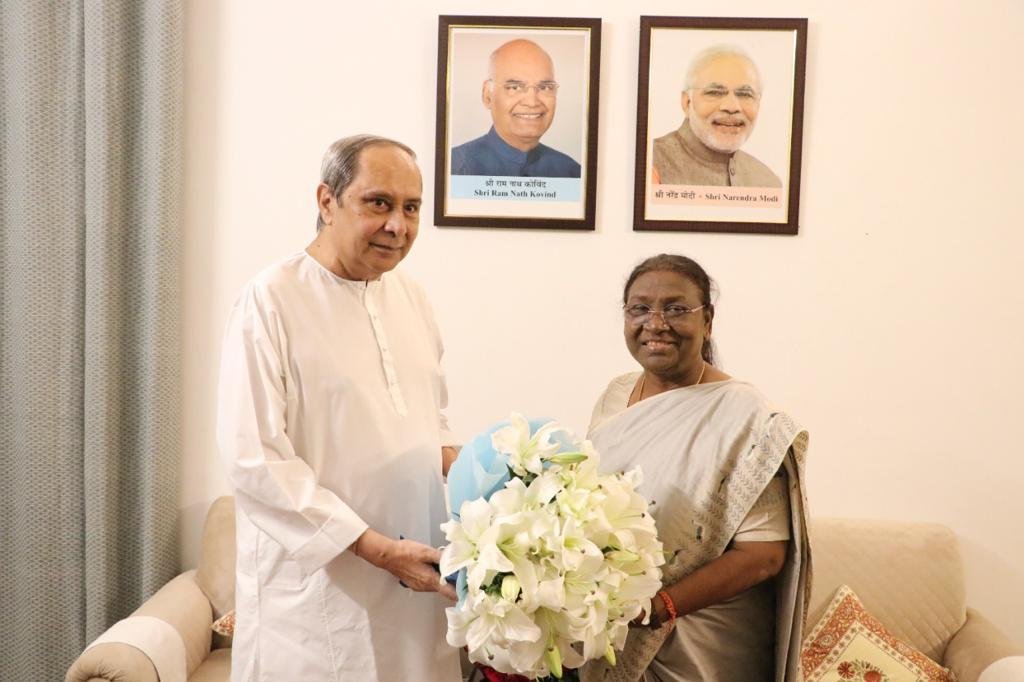 New Delhi/Bhubaneawar, July 24: BJD supremo and Odisha Chief Minister Naveen Patnaik on Sunday along with his party MPs met President-elect Droupadi Murmu at her residence in New Delhi and congratulated her on winning the election.

Murmu will take oath as the 15th President of India on Monday at 10.15 AM at the Central Hall of the Parliament.

“I came to greet President-elect Droupadui Murmu and wish her all the best. I am so pleased and honoured that a daughter of Odisha has been chosen as the President of India, I will be there for her oath-taking ceremony tomorrow,” Patnaik told media persons after meeting with the President-elect.

Hailing from the Santhal community in Odisha’s Mayurbhanj district, Murmu was also a Minister in the BJD-BJP alliance Government in the State and Governor of Jharkhand.

“Immensely pleased to greet the daughter of #Odisha Smt #DroupadiMurmu who has been elected as #PresidentOfIndia. I wished her all the very best. Look forward to attend the oath taking ceremony when she is administered oath for the highest office of the country,” tweeted Chief Minister Patnaik.

The president-elect also conveyed her thanks to Patnaik for extending support to her candidature. 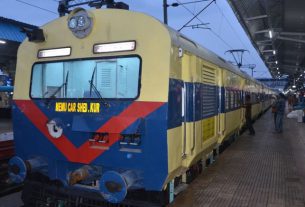 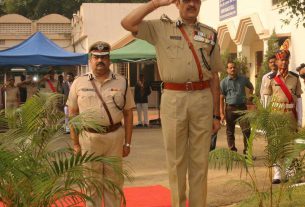 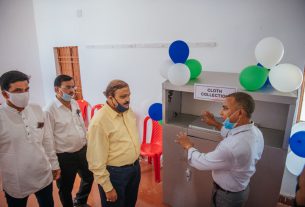