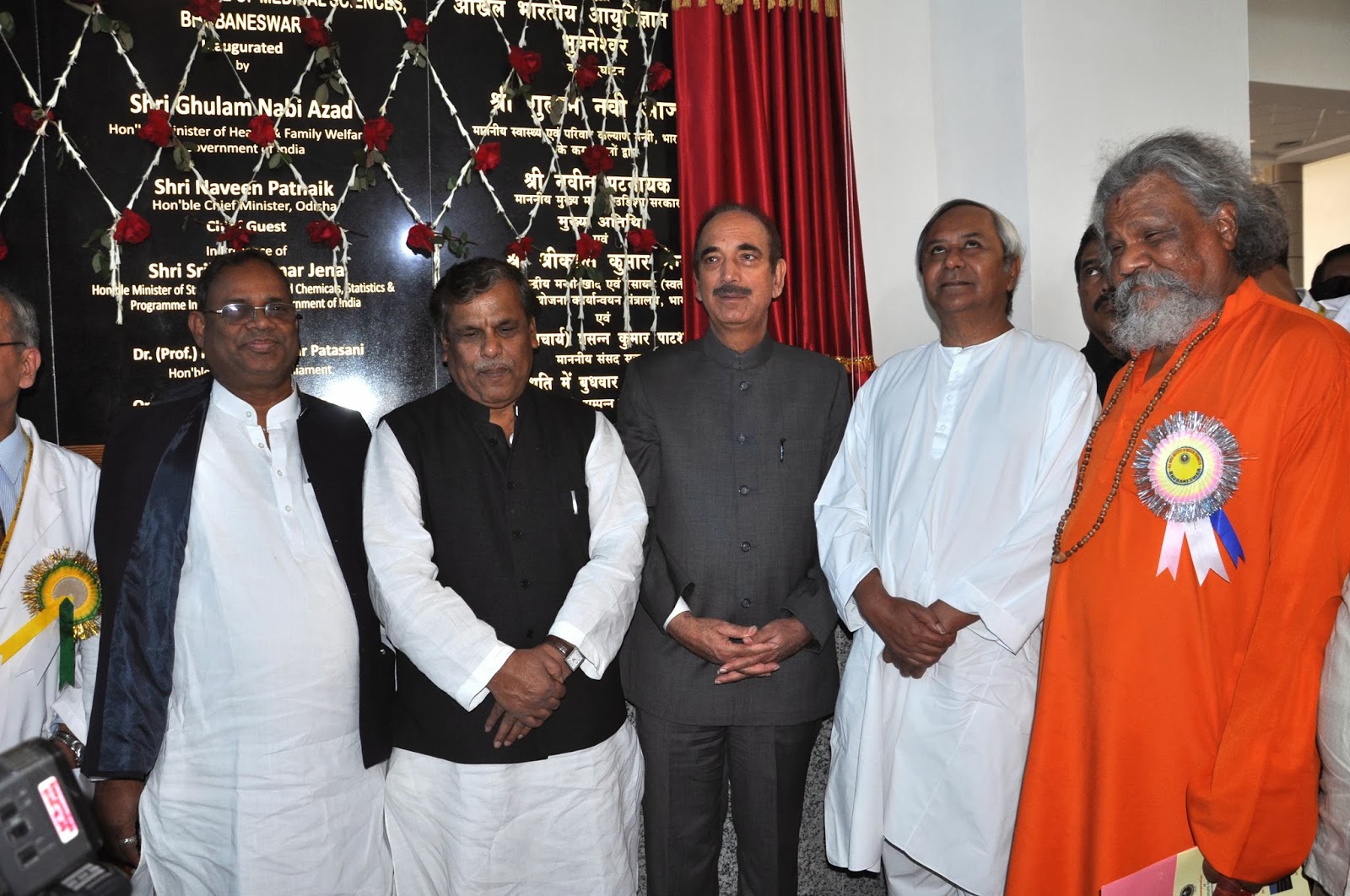 Bhubaneswar:
Union Minister of Health and Family Welfare Ghulam Nabi Azad on Wednesday
formally dedicated the All India Institute of Medical Sciences
(AIIMS)-Bhubaneswar to the public here at Sijua.
Speaking
at the inaugural ceremony, Azad said it will help greatly to the people from
various regions with its 978 bedded capacity.
“At
least 4189 posts of super-specialists’ doctors, faculty, nurse and staffs have
been cleared by the Government for the Bhubaneswar AIIMS. It will take five
years to have a full capacity faculty,” the Union Minister informed.
Azad informed
that out of the 78 cancer institutes to come up in country Odisha will get one
state level cancer institute at Cuttack and two regional level cancer institute
at VSS Medical College in Burla and MKCG Medical College and Hospital in
Berhampur.
The Union
Minster further stated that the Central Government taking the State’s
backwardness into account accepted the request of the Odisha Chief Minister for
setting up of the fourth medical college in Baripada.
Earlier
three medical colleges were sanctioned by the Union Health Ministry at
Balasore, Bolangir and Koraput.
The Union
Minister stated that two medical colleges and hospitals out of a total of 39 in
the country will be upgraded to super-specialty hospitals and the services
available there would be similar to the kind offered by the AIIMS, New Delhi.
They are VSS Medical College, Burla and MKCG Medical College and Hospital,
Berhampur.
Among
others, Chief Minister Naveen Patnaik, Union Minister Srikant Jena, Bhubaneswar
MP Prasanna Pattsani, local MP, Rajya Sabha MP Rama Chandra Khuntia, and Dr
Ashok Kumar Mohapatra, Director AIIMS Bhubaneswar were present on the occasion.