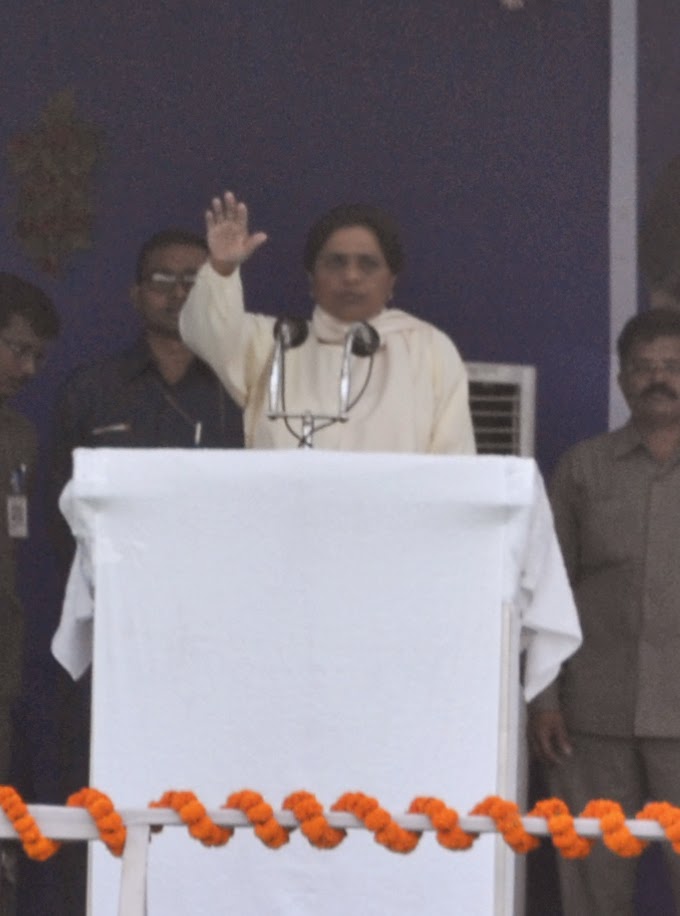 Bhubaneswar: Bahujan Samaja
Party (BSP) supremo Mayawati on Sunday while addressing an election meeting in
Bhubaneswar promised that if her party form Government at the Centre after the general
elections, it would definitely give the Special Category State (SCS) status to
Odisha.
Accusing the Congress, the
BJP and the regional parties like the BJD of ignoring people from the Scheduled
Castes, Scheduled Tribes, Other Backward Classes and religious minorities,
Mayawati urged people to unite under the BSP banner and vote for it in the
coming polls.
“Neither the Congress, the
BJP and other opposition parties in the country nor the BJD and opposition
forces in Odisha are committed to development of a poor State like Odisha. If
the BSP comes to power at the Centre then it will certainly allot SCS status to
Odisha,” said Mayawati.
The three time former Uttar
Pradesh Chief Minister also blamed the Congress and the BJP for their
anti-Dalit and faulty policies for the socioeconomic development of people
belonging to the SC, ST and minority communities.
Urging people of Odisha to
vote for BSP, Mayawati said her party would field candidates in a maximum of
Lok Sabha and Assembly seats in Odisha.
“Though the SC and ST people
constitute about 50 per cent of Odisha’s population, their poverty rate is
still a matter of concern. If people bless us, we will change the status of SC,
ST and Dalits of the country and also of Odisha,” she said.
So far, the BSP has announced
to field candidates in 55 Assembly and 10 Lok Sabha seats in Odisha.
Among others, BSP State president Tankadhar Bag and State in-charge Dharmvir
Singh Ashok also spoke.