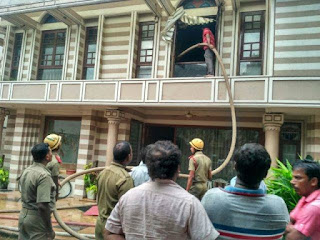 Bhubaneswar, Aug 3: Four family members of renowned businessman and hotelier Satpal
Singh and a domestic help died in a fire mishap at Singh’s house located in
Budheswari Colony under Laxmisagar police in the early hours of Thursday.
The deceased were identified as Satpal’s younger son Gagan
Pal Singh (40), daughter-in-law Bhavana Singh (38), granddaughter Sohabi Singh
(15) and grandson Rubir Singh (8), and maid Khusi Das (15). They all were
rescued in critical condition by firefighting personnel from the house. 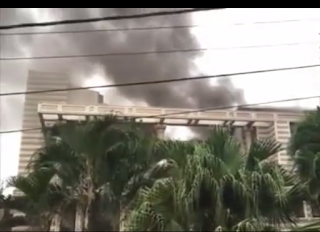 While four of the family and the house maid died on their way
to hospital, Satpal’s younger brother was admitted at the Capital Hospital here
with burn injuries. His condition is stated to be stable.
Deputy Fire Officer Ramesh Chandra Majhi said initially
neighbours spotted smoke billowing out of Satpal’s house and called up the
police control room who in turn informed the fire personnel about the incident
at around 5.18 am.
Satpal owns Pal Heights hotel and shopping mall near Jayadev
Vihar Square in the city.