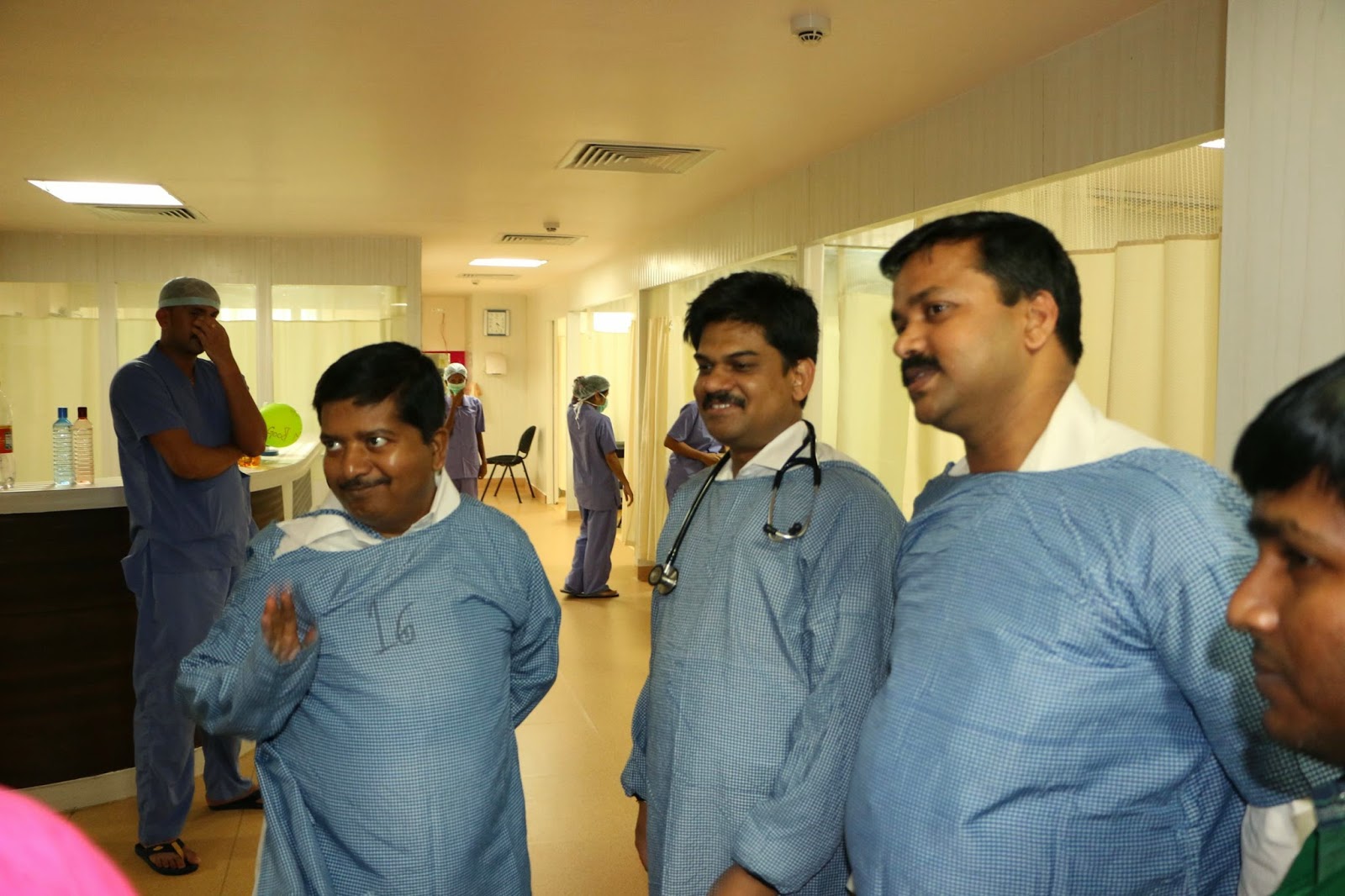 Bhubaneswar: Odisha’s
minister for health, information and public relations, Mr Atanu  SabyasachiNayak on Monday visited the
Institute of Medical Sciences and Sum Hospital, run by the SOA University, and
went round the different departments and facilities.
The minister went round the casualty and other
departments including gastroenterology, cardiology and hematology. Senior
professors explained about the modern equipment and facilities available in the
hospital.
Addressing the professors, doctors, interns, faculty
members, technical personnel and others, Mr. Nayak, who took over as the health
minister recently, expressed his happiness over the facilities available in the
hospital.  “I have come to learn and see
what the private medical colleges are doing. You have very good facilities and
experienced doctors who have come from famous institutions,” the minister said
after being felicitated.
Mr. Gopabandhu Kar, Managing Member of the University,
felicitated the minister.
Dr. Venkat Rao, Associate Professor of Community Medicine
department, who conducted the meeting, informed that the hospital was the first
in Odisha to set up a bone marrow transplantation unit with successful
transplantations to its credit. The gastroenterology department had the highest
number of ERCPs as compared to any other super speciality care setting in the
state while modular operation theaters was one of the unique features of the
hospital, he said.
He also said that the hospital was the first in eastern
India to be accredited by the NABH for patient safety and quality of care.
“People, who did not have the right idea about the
facilities and expertise available in Odisha, often prefer to go out of the
state to other cities for treatment of minor ailments,” he said adding “thank
you for running a modern hospital as it should be run and providing health care
to the society.”
The meeting was presided over by the Vice-Chancellor of
SOA University, Prof. R.P.Mohanty who said that the IMS and Sum Hospital had
been undertaking research work and was doing an excellent job in providing
health care through extension initiatives.
The Medical Director of the institute, Prof. D.K.Ray and
Medical Superintendent, Dr. P.K.Mohanty also spoke.