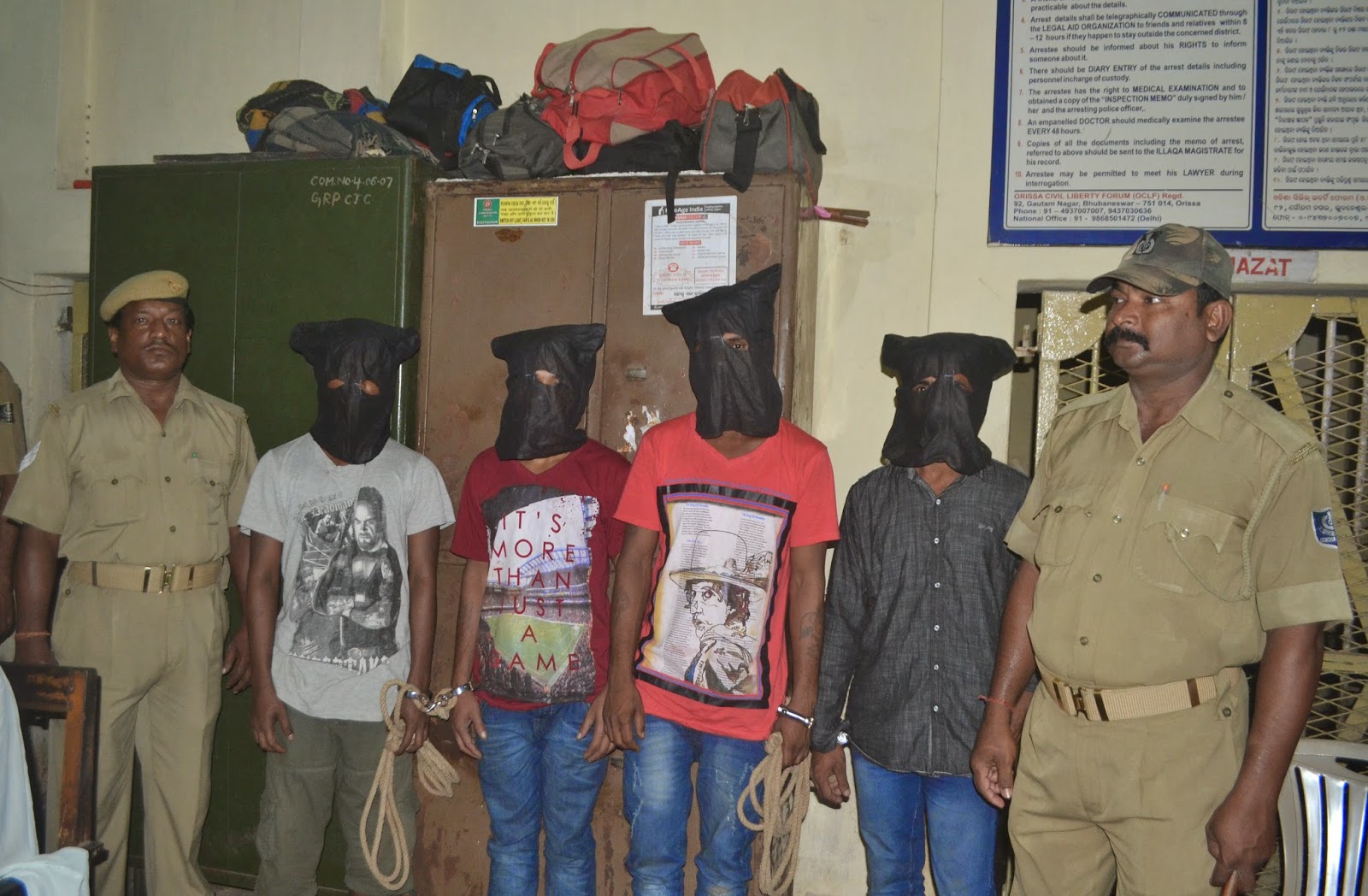 Bhubaneswar: Acting on a tip-off, the Bhubaneswar Government
Railway Police (GRP) late on Monday night raided a house in Budhanagar slum
near Bhubaneswar railway station and arrested four habitual criminals; all are
in their twenties, when they along with along with other six persons were
planning to commit dacoity in running train.
According to GRP sources, the GRP personnel at 2.30 on
Monday night raided a house in Budhanagar slum and arrested four criminals
while six others managed to flee.
The arrested persons identified as Satyaban Pradhan alias
Raju (20) of Tarasingi police station and Sarat Das alias Lalu (19) of Kodala
police station area in Ganjam district, Pramod Das alias Petu alias Babu (20)
of Nirakarpur police station area and Mahesh Chandra Sahu alias Mitu (29) of
Banpur police station area of Khordha were booked under Section 399/402 of the IPC
and Section 25/27 of the Arms Act.
The police also seized one sword, one toy/lighter, a 9mm
pistol, chilli powder, liquor, kitchen knife and some cash were seized from
their possession. 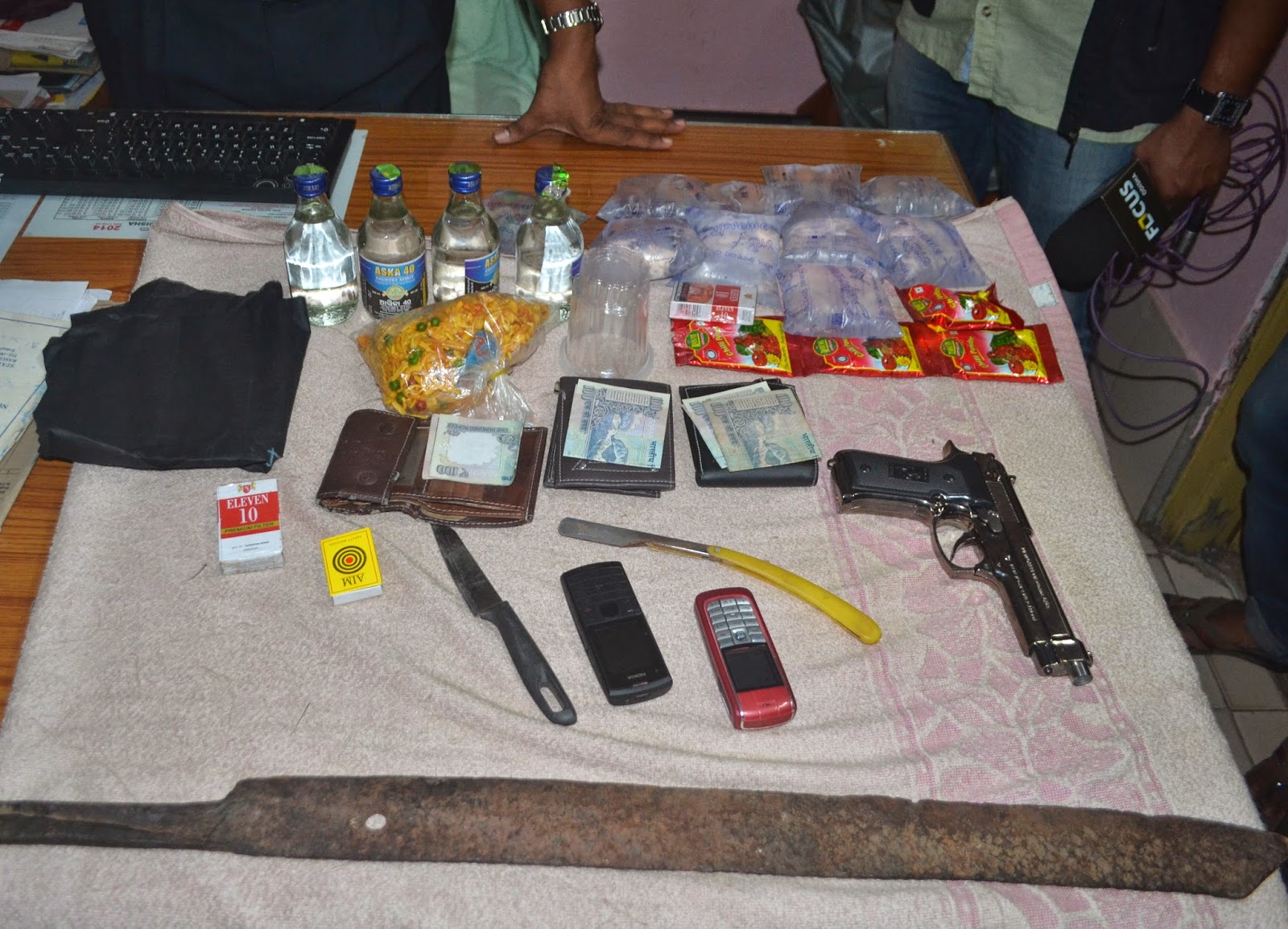 “All the arrested youths are habitual criminals and multiple
cases are pending against them at different police stations in the State,
including under the Bhubaneswar commissionerate,” said Bhubaneswar GRP station
IIC Soubhagya Kumar Swain, adding that manhunt has been launched to nab the
other six absconders. Meanwhile, all the four arrested accused were forwarded
to court.