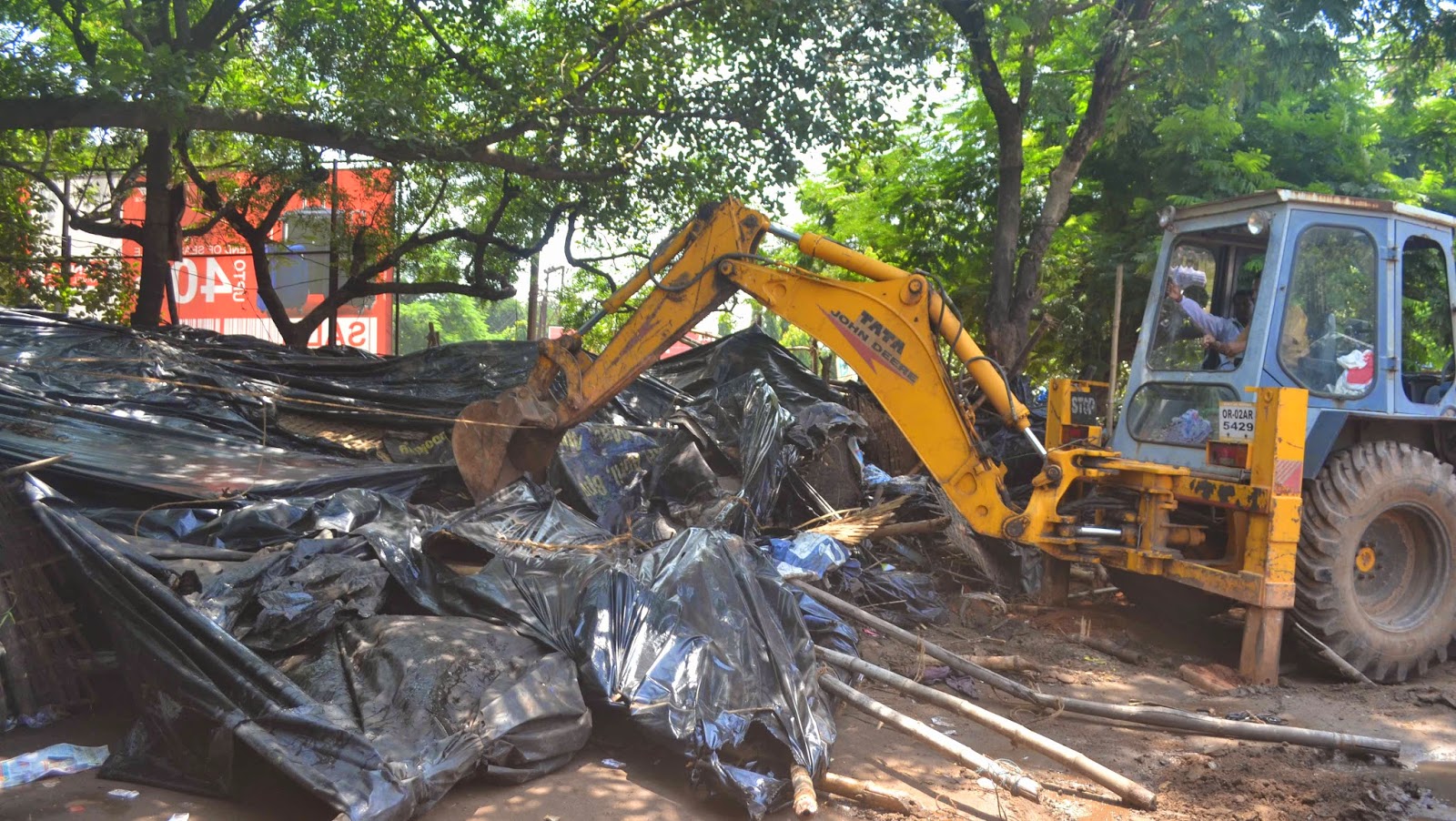 Bhubaneswar: The joint
enforcement squad of the Bhubaneswar Development Authority (BDA), Bhubaneswar
Municipal Corporation (BMC), General Administration (GA) and Road and Building
(R&B) Departments on Monday in the first phase cleared around three of five
acres of land of the Khurdha District and Sessions Court premises here for the
construction of judicial complex.
Nearly 60 cabins, some
hotels, two temples and one under construction temple were demolished. However,
the encroachment of the backside of the Sub-Registrar office, which is
functioning in the court premises, would be cleared later.
In January this year
Chief Minister Naveen Patnaik and the then Orissa High Court Chief Justice had
laid the foundation stone for the judicial complex. The Rs 40-crore proposed
judicial complex will facilitate functioning of around 50 courts.
Recently, sources said some
judicial officers recently meet the BDA, BMC and Commissionerate Police
authorities seeking their cooperation for smooth eviction.
“We had made formal
announcement through public address system for the eviction drive. Though the
vendors opposed the eviction move initially we managed to pacify them. Nearly
60 small and medium cabins, hotels and temples were demolished,” said BDA
Enforcement Officer Deba Prasad Dash.
Around 4,500 lawyers
practise in the court and share offices inside the two-storey building
constructed in 1980. There are around 20 different courts on the premises,
which also houses revenue offices of the Tehasil, Sub-Registrar and Sub-Collector.