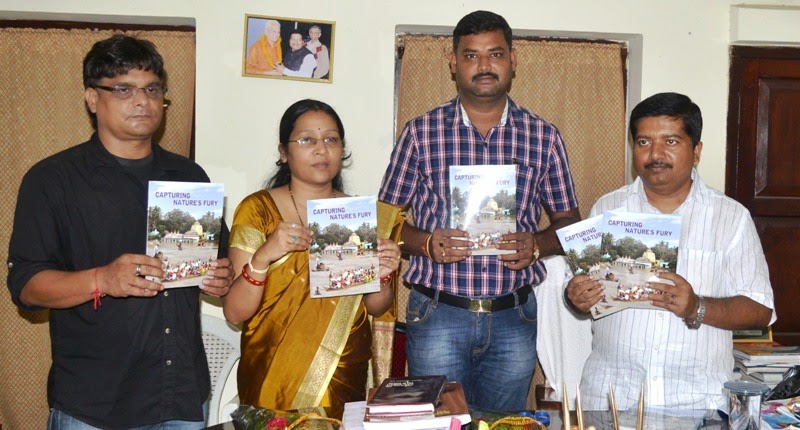 Bhubaneswar, Sept. 11: Odisha health and family welfare,
information and public relations minister Mr Atanu Sabyasachi Nayak released photo-feature
book ‘Capturing
Nature’s Fury’ by eminent journalist Akshaya Rout here on Thursday.
Published by Indus Valley Times, the book is an attempt by
the author to capture the nature’s devastation through camera lens.
Releasing the book, the minister Mr Nayak said the photographs
in the book bears the signature of Akshya Rout as a daring journalist who
ventured into the difficult areas to bring to light the plight of the affected
people.
He appreciated the efforts of the journalist and said such
work would inspire budding scribes to excel in their profession.
Indus Valley Times’ publisher Nalini Sahu said, – “With one
hundred selected photographs, this book vividly depicts the 2014 flood fury in
Jajpur district, Odisha.”
Braving the swirling and roaring water gushing through the fierce
and forceful breaches, the author ventured into the ravaged areas in the
district and took the rare shots.
“The mission was quite a difficult one to accomplish.
Fighting adversities like torrential rain and stormy weather, Mr Rout managed
to reach the flood-ravaged areas and clicked all the way the despair, anguish
and frustration in his camera. ,” the publisher Ms Sahu said.
Besides the woes of the people, the book chronicles good
works of the Odisha Government officials, ODRAF teams, volunteers and social
organizations.