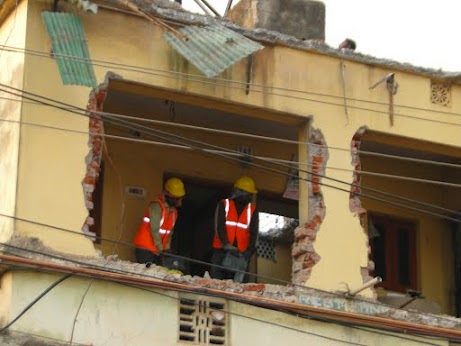 Bhubaneswar, November 17: As part of its effort to make the
capital city of Bhubaneswar free from encroachments and unauthorized
construction, the joint eviction team of the BDA, BMC and GA Department on
Monday demolished an unauthorised three-storied building near Rasulgarh Square. 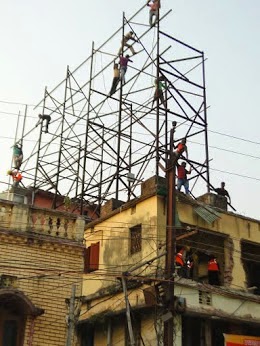 According to BDA Enforcement Officer Deba Prasad Dash, one
Baikunthanath Sahu had constructed the commercial-cum-residential building on
plot no- 44 of Bomikhal mouza near the Rahaman petrol pump along the
Cuttack-Puri NH-203 without obtaining the approval of the competent
authorities.
“A case was initiated against the land owner Sahu on May 11,
2010 and during the hearing he admitted that no approved plan was obtained by
him from the competent authority for which demolition order was passed,” said
Dash. 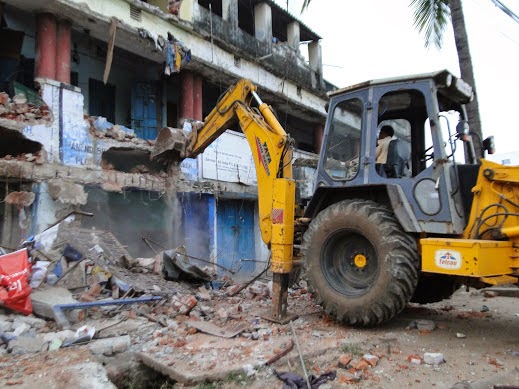 “We had intimated
Sahu on October 28 to demolish the house within seven days. But he did not
comply with the order forcing us to act,” added Dash. The demolition of the
building was started in afternoon after the police evacuated the residents and
businessmen.
The eviction drive will continue on Tuesday to demolish the
building completely.
For the first time, the BDA has engaged Evertex Pvt Ltd in
its eviction drive for quick and smooth demolition.
Adequate security arrangements were made to avoid any
eventuality at the site.