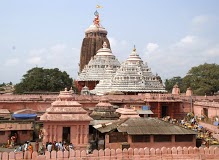 Bhubaneswar, January 21: Lord Jagannath’s abode Puri has
been included in the National Heritage Development and Augmentation Yojana
(HRIDAY) and will get special grants for developmental works. Initially Rs 22.54
crore has been allocated for pilgrim city Puri under the scheme.
The new scheme which was jointly launched by Union Urban
Development Minister M Venkaiah Naidu and Tourism and Culture Minister Dr Mahesh
Sharma seeks to promote an integrated, inclusive and sustainable development of
heritage sites, focusing not just on maintenance of monuments but on
advancement of the entire ecosystem including its citizens, tourists and local
businesses.
While as per UNESCO resignation there are 32 natural and
cultural heritage sites, the Government has included 12 cities in HRIDAY scheme
at present.
Union Petroleum Minister Dharmendra Pradhan thanked Prime
Minister Narendra Modi and Urban Development Minister M Venkaiah Naidu for the
inclusion and said its natural for Odia’s to feel honoured as this has been
done in the Nakalabara year of Lords.

Odisha joins with Wadhwani for talent development among students