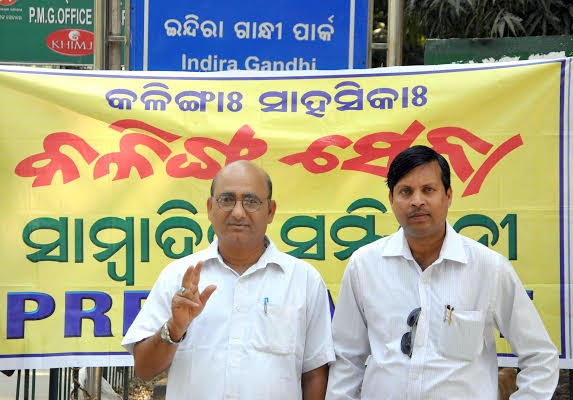 Bhubaneswar, February 4: This February 14, the Kalinga Sena, a
regional political outfit here, has said that it would protest vulgarities at
parks, shopping malls and other places in the name of Valentine’s Day by video
recording.
“We have formed 10 teams each consisting of seven girls from
four women’s colleges of the city to keep a close watch on any vulgarity. They
will carry video recorder on that day and shoot the vulgar acts of boys and
girls,” Kalinga Sena supremo Hemanta Rath told reporters here on Wednesday.
He warned that the Sena would force marriage of the boys and
girls found in indecent positions on the spots and send the photographs to
their parents.
Similarly, 100 boys of different colleges would be enroled
for the purpose, added Rath.
Besides Bhubaneswar, the drive would be held at Rayagada,
Rourkela and Angul.
Rath urged the police administration, common people and civil
societies to extend support to his effort so that Western culture does not
corrupt Indian tradition, particularly in the Jagannath Dham of Odisha.
“Our stand is clear. If there is any form of vulgarity in parks,
shopping malls and other public places we’ll protest by video recording such
acts,” added Rath.