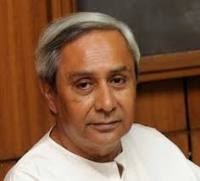 Says it is important
to stress on the stand of State Government
Bhubaneswar, April 16: Odisha Chief Minister Naveen Patnaik on Thursday favoured net neutrality and wrote to the
Telecom Regulatory Authority of India (TRAI) Chairman to safe guard the basic
principle of the same.
Maintaining that the IT
sector today at the top of the State Government’s agenda the Chief Minister
said, “It is a matter of pride that the growth rate of IT exports from the
State is more than the national growth rate for the past many years. The State
Government is also implementing a number of e-governance projects including
‘Digital India.’ The internet forms the crux of our upcoming projects in this
sector and therefore, I am concerned about the basic principles of this medium.”
“It is important to
stress on the stand of State Government, and our party Biju Janata Dal
regarding the issue and TRAI should also treat this issue with the nuanced
attention that it deserves. The growth of the internet is going to affect each
and every one of us especially the young and dynamic population of this country,”
the CM stated.
The CM said, “In the
ongoing debate, it is noticed that there is wrong usage of the word ‘free’. The
word ‘free’ should not be confused with the word ‘freedom’.”
“I do not see any
justification in limiting the ability of new start-up companies to reach the
net user. Nor do I feel that there should be compulsions on the users by
Internet Service Providers (ISPs) to use particular Apps for reasons best known
to them. Let us remember that the Internet is not the market-place but the
market is made inside the internet,” the CM stated.