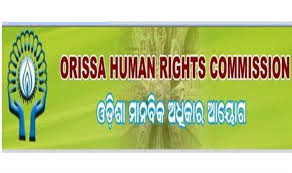 Bhubaneswar, July 11: Taking a suo moto cognizance
of killing of five civilians in an exchange of fire between security personnel
and Maoists in Kandhamal district on Friday night, the Odisha Human Rights
Commission (OHRC) on Monday served notices to top State Government officials,
including Chief Secretary and Director General of Police (DGP).
The five tribals were shot at while they were
travelling in an auto-rickshaw at Gumutmaha village in a dense forest area near
Kuttamgarh under Tumudibandha police station jurisdiction in Kandhamal district.
The rights body slapped notice on Director General
of Police (DGP), Home Secretary, Revenue Divisional Commissioner and Inspector
General of Police (Southern Range) asking them to submit report in two weeks.
On Friday night five residents of Gumudumaha village
were killed while they were returning from Baliguda after lodging a complaint
with district administration officials about delay in nonpayment of their
MNREGA wages.