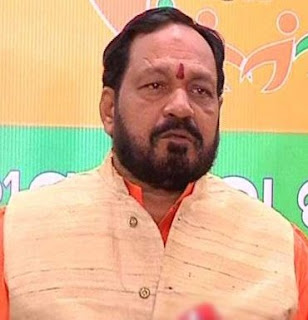 Bhubaneswar, July 27:
The Odisha BJP will hold a state-wide agitation on July 29 to highlight the
“failures” of the BJD Government.
Party activists
will stage demonstration in front all the 314 blocks in the State protesting
against  irregularities in implementation
of National Food Security Act (NFSA), malnutrition deaths and delay in distribution
of input subsidy to drought hit farmers, party president Basanta Panda told reporters
here.
“The Naveen
Patnaik Government has been a major failure in the state. They have ditched the faith of
people. We will be holding dharna on July 29 to expose their failures,” said
Panda. He also said the agitation will be intensified if the Government fails
to function in a proactive manner.
He said
the protest also aims at to remind people of the promises made by BJD during
the 2014 polls and how the party failed to fulfil it.
“They
made huge announcements for women, children and farmers. But the ground reality
is that the Government has failed in all fronts,”