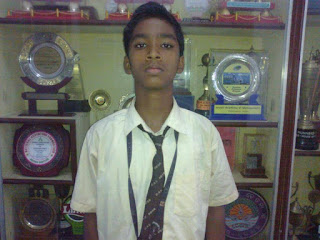 Bhubaneswar, Aug 1: Even as wonder boy Budhia Singh
left for Delhi for promotion of a movie ‘Budhia Singh, Born to Run,’ a Hindi
movie directed by Soumendra Padhi, the Khordha Child Welfare Committee (CWC) on
Monday engaged psychologist Prof UN Dash to counsel him to return to the
hostel.
The development came after CWC suspected somebody’s
role for Budhia insisting on not to return State-run Sports Hostel.
Budhia along with his mother Sukanti Singh on Monday
evening left for Delhi for promotion of the movie. The movie is based on Budhia
who ran 62 km at the age of just four.
The 14-year-old marathon runner is unwilling to
return to the Sports Hostel in the city, where he was staying since 2007 after
being separated from his coach late Biranchi Das. He had left the hostel on May
10 during summer vacation and did not return thereafter.
However, Budhia alleges that he was not getting proper
training and facilities at the Sport Hostel up to his expectation.
Budhia’s mother Sukanti Singh also said that she
would prefer to allow his son to stay at a private place where he would get
proper training and can materialize his dream.
The State Government has been paying for Budhia’s education
and other facilities since last decade.