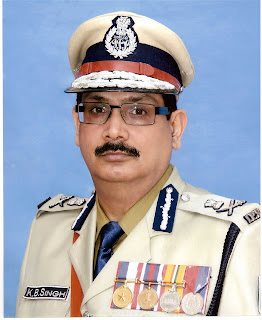 Cuttack, Aug 29: In the wake of the Soro incidence where the
hospital sweepers broke the limbs and hips of a woman’s body and carried it in
a sack due to the negligence of Government Railway Police (GRP) personnel, Director
General of Police (DGP) KB Singh on Monday directed all district SPs, Twin City
DCPs, Railway SPs to ensure carriage and disposal of unidentified bodies with
use of Imprest Money.
Singh instructed all the senior officials to persuade the field
functionaries for a decent handling and burial of unidentified dead bodies.
“The field functionaries should be sensitised adequately in
this regard,” said a DGP office communiqué.
“For carriage, handling, post-mortem and disposal of
unidentified dead bodies will certainly require some instant fund. To meet this
immediate requirement, DGP has allowed the SPs to utilise the Imprest Money
available with them and the same may be recouped from appropriate head later,”
it stated.
Disposal of dead bodies, though not a direct responsibility
of the local police, but the police should see that it must be properly
disposed off by the local municipal body or local Government or non-Government
organisation under the schemes like Mahaprayana or Harichandra it added.

No electricity in 1,047 high schools in Odisha