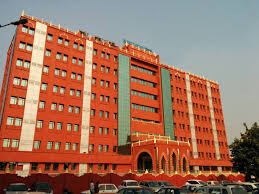 Bhubaneswar, Sep 22: India
24×7 web channel chief Ravi Sharma, who was wanted by Vigilance for grilling in
connection with the sting operation involving four BJD MLAs demanding bribe for
industries, moved the Orissa High Court for anticipatory bail on Thursday.
Though the Vigilance
earlier had summoned him to appear before it for deposition on several
occasions, but Sharma was yet to turn up.
Sharma’s web channel
conducted the sting operation which was aired in a private TV channel in which
four BJD MLAs including Susant Kumar Behera (Chhendipada), Seemarani Naik
(Hindol), Anam Nayak (Bhawanipatna) and Bijay Kumar Nayak (Karanjia) were
exposed demanding bribes from people posing themselves as industrialists for
setting up of industries in their respective constituencies.
After a hue and cry,
Chief Minister Naveen Patnaik had ordered a Vigilance probe into the issue.
Meanwhile, the
anti-graft body has quizzed the four MLAs.

‘Odisha has vast scope for the food processing sectors’