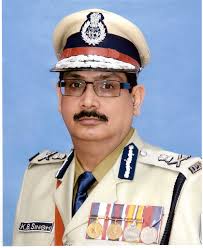 Bhubaneswar,
Sep 3: Director General of Police (DGP) KB Singh on Saturday directed all district
Superintendents of Police (SPs) to withdraw all criminal cases lodged against ineligible
beneficiaries under the National Food Security Act (NFSA) by September 25.
The DGP wrote
to all the SPs in this regard today and asked them to inform the status of
withdrawal of cases of their respective districts to the State police
headquarters on a daily basis.
Last month, the
State Government has decided to withdraw cases against illegible beneficiaries
mostly women as a damage control exercise to placate voters ahead of the
panchayat polls scheduled in February next year. The arrest of ineligible
beneficiaries especially women in different parts of the State evoked massive protest.
Meanwhile,
the Government has extended deadline for ineligible beneficiaries to return
their cards by September 30.
The
authorities would not also recover money from the ineligible persons if they
would adhere to the deadline.
At least 6,786 cases were registered in all the
30 districts for violation of the Odisha Public Distribution System (Control)
Order of 2016 so far.
The Government
has so far cancelled ration cards of around 6.60 lakh ineligible beneficiaries.