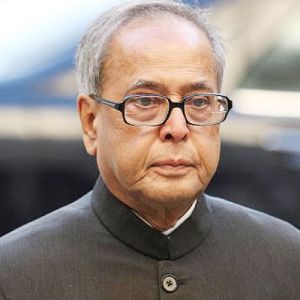 Bhubaneswar, Oct 13: A State Congress delegation led by
Leader of Opposition in the Assembly Narasingha Mishra on Thursday met
President Pranab Mukherjee and sought his intervention in the Mahanadi water
dispute issue and pleaded to safeguard the interest of the people of Odisha.
The opposition party MLAs called on the President at a time
when Chief Minister Naveen Patnaik is sitting idle waiting for Prime Minister
Narendra Modi’s intervention by only writing letters on the dispute.
The Congress, the main opposition force in the State has been
claiming that the stand of the State Government on Mahanadi water dispute issue
is dubious while the Central Government and the Prime Minister are totally
indifferent to this issue.
“Whenever and wherever there is an inter-State dispute
relating to river water or on any other issue, the Government of India and in
particular the Prime Minister cannot be a mute spectator. He has to intervene
and try to find out a solution. In the instant case, the PM is keeping mum and
has taken no interest to save Mahanadi and safeguard the interest of the people
of Odisha,” said the memorandum.
It further stated that while the Government of Chhattisgarh
persisted in its agenda of unilateral construction of dams and barrages in the
interest of the industrialists, the stand of the Government of Odisha is
dubious from the beginning.
“It has neither protested nor placed legitimate rights and
concerns of the people of the State at right time at right forum adopting due
procedure,” it added.
The team also apprised the President about the projects being
constructed by the neighbouring State illegally.
“Surprisingly, the Chhattisgarh Government has been going on
with the construction of the Arappa project without the permission of the
Central Government. Neither in the case of Arappa nor Kelo major irrigation
projects, the Odisha Government has been apprised formally nor project report
has been furnished. As per the principle of inter-State river basin management,
one State is to share with co-basin States information relating to use of water
by that state by construction of dams and barrages. Unfortunately, this is not
the case with Chhatisgarh Government,” the memorandum added.
The reduction in inflow of water in river Mahandi would have
a serious bearing on the fragile eco-system enveloping the water bodies like
Chilika, the largest lagoon of India and also 65 per cent of Odisha people who
depends on Mahanadi water.
The team urged the President to instruct the Chhattisgarh
Government to desist from the unilateral construction immediately, that and the
Union Government to share all information with Odisha as regards any change in
adverse inflow of water Odisha and constitution of an Inter-State River Water
Dispute Tribunal immediately.
“The President assured us to take action after examining the
matter,” said Narasingha Mishra.
All the 16 party MLAs were in the team.