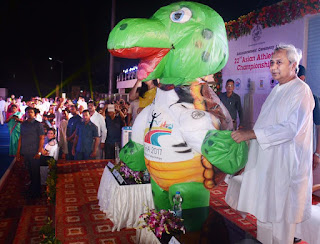 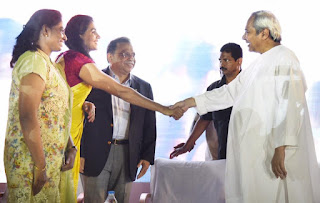 The logo depicts an athlete crossing the finishing line with
historical tourist attractions of Odisha in the backdrop, the mascot is named
OLLY that represents the famous Olive Ridley sea turtle.
As many as 45 countries with over 700 athletes are taking
part in the championship. They include big names in world athletics.
“Getting to watch top international athletes and stars from
close quarters is a tremendous opportunity for our boys and girls. They will be
inspired to take up sports. Sports and tourism go hand in hand. We will have
large number of visitors and tourists who along with watching the championship
will also be keen to explore the beauty and culture of Odisha. We are taking
all steps to ensure a pleasant experience for all players and visitors,” said
Patnaik.

KIIT gets NAAC ‘A’ Grade