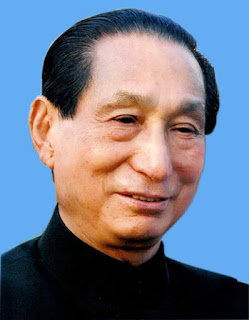 Bhubaneswar, October 19, 2017: Governor Dr Senayangba
Chubatoshi Jamir was admitted to Apollo Hospital here after he complained of chest
pain on Thursday.
Apollo Hospital Cardiology Department chief Dr Prashant Kumar
Sahu said that the condition of the 86-year-old Jamir is stable now.
“The Governor was feeling uneasiness for a couple of days and
came to the hospital for regular check up today. We conducted an ECG and found
some fault. However, there is nothing serious. He is stable now and if everything goes well, he will be discharged from hospital tomorrow,” said Sahu.
Imkonglemla, wife of the Governor is also present in the
hospital. On Tuesday, the Governor celebrated his 86th birth anniversary.
Jamir, a five-time Chief Minister of Nagaland and considered
as the architect of modern Nagaland, has been serving as Odisha Governor since
March 21, 2013. He had also served as Governor of Goa and Maharashtra.