Bhubaneswar, November 17, 2017: Around 65 percent young women
in urban areas in the country are at growing risk for diabetes, revels study.
According to the ‘Diabetes and Women’s Health’ survey
conducted by Novo Nordisk India in partnership with Kantar IMRB, young women in
urban areas are at increased risk of developing type 2 diabetes as 65% women
were found to not exercise at all.
Owing to the theme of World Diabetes Day 2017-‘Women and
Diabetes, our right to a healthy future’; the survey was conducted to assess
the current level of awareness of diabetes among women in India. 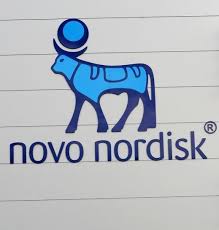 A total sample size of 1,055 women, belonging to the age-group
of 18-65 years was interviewed to draw insights on the level of awareness on
risks emerging from Diabetes.
The survey conducted across 14 cities in the country-Delhi,
Mumbai, Bangalore, Kolkata, Hyderabad, Chennai, Ahmedabad, Bhubaneswar,
Lucknow, Ludhiana, Indore, Guwahati, Kochi and Vijaywada-reflects that 78%
women interviewed were aware of diabetes as a serious health concern and more
than 70% women believed that a healthy lifestyle will help prevent diabetes and
its associated complications.
Low physical activity coupled with poor eating habits and
high-stress life, puts women in the reproductive age at risk of developing
Gestational Diabetes Mellitus (GDM). Further, a study conducted by Prof V
Seshiah, Chairman, Dr V Seshiah Diabetes Research Institute, Chennai,
demonstrates that children born to women diagnosed with GDM are at increased
risk of future diabetes due to “gestational programming”, wherein exposure to
diabetes during foetal development predisposes the individual to diabetes later
in adult life2.
“There is a clear need to build awareness about early
diagnosis of diabetes and treatment initiation especially among women in the
reproductive age group. Incorporating at least 30 minutes of exercise daily
along with healthy eating habits is critical to preventing Diabetes,” said Dr
Shaila S Bhattacharyya, MD, MRCP, DM–(Endocrinology).
According to the International Diabetes Federation [IDF] 8th
Atlas 2017, India is inching closer to overtake China to have the largest
population of people with diabetes: 72.9 million are living with diabetes
currently and is expected to grow upto 134.3 million by 2045 1. The atlas also
points out that one in six births globally (16.2%) is affected by GDM. However,
the Novo Nordisk-Kantar IMRB survey suggests that in India 73% of urban women
are unaware of GDM and its related risks for next generation health.
“The data reflects that there is an imperative need for women
to be aware of GDM and the responsibility also lies on the doctors to ensure
that expecting mothers are educated about GDM. This will help raise healthier
children”, added Dr Bhattacharya.
Corresponding with Dr Shaila S Bhattacharya, Melvin D’souza,
Managing Director, Novo Nordisk India said, “Women are the agents of change in
every family and ensure that every family member eats healthy and follows a
healthy lifestyle. While it is encouraging to note that 78% of the respondents
were aware about diabetes and its complications, it is alarming to note that
women are not taking concrete actions to address this challenge.”
He said time has now come for the nation to collaborate and
ACT (awareness, capacity building and treatment) against diabetes and safeguard
next generation health. We as an organization are committed to change the
Diabetes Barometer and will continue to work towards empowering women by
providing knowledge, strengthening their capacity to manage type 2 diabetes in
families and thus making India a more diabetes-aware nation. At Novo Nordisk,
we will continue to lead the war against diabetes.”