Bhubaneswar, August 26, 2018: The Bakul Foundation as part of its My Tree Campaign on Sunday came out with a call to “Gift a plant on Raksha Bandhan and Plant your Rakhi as well” on Sunday. 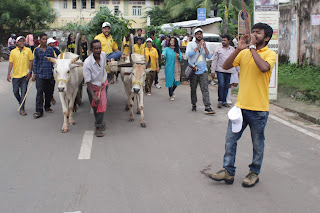 It has also come out with a Combo offer for those interested but not finding a way to do that. Interested people can buy a packaged gift plant (which could be a tree growing plant like mango, jackfruit etc or a medicinal plant like Insulin, Tulsi etc or a flowering plant like Exora, Vinca etc.) in lovely white baskets along with a handmade organic rakhi with seeds of amaranthus and bixa inside, which can be planted after the occasion.

These rakhis have been made with non-GM cotton grown by villagers in Chhindwara of MP, hand spun on charkhas by women in Wardha of Maharashtra, naturally dyed by artisans in Erode and then made into bands by women in the village of Paradsinge in Madhya Pradesh. One can buy these packaged gift plants along with the rachis with seeds for Rs 250. 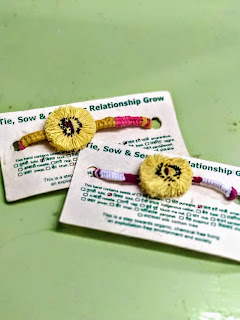 Ever since Bakul Foundation started the My Tree Campaign in 2009, it has been promoting the practice of “Rakhis for Plants and Plants for Rakhis”. The Volunteers have gone out tying rachis to plants celebrating a sibling relationship with plants. BAKUL has also been promoting gifting of plants to sisters as trees are the real rakshaks. The floods in Kerala and before that Uttarakhand have underscored the importance of planting trees, which are proven to prevent flooding and soil erosion. Trees hold back flood water and allowing them to be drained into the ground.

In fact, Bakul Foundation has been promoting gifting of trees as a cultural practice and has been using cultural festivals such as Raksha Bandhan to establish the practice of gifting trees on these occasions. Similarly, the campaign has promoted gifting of plants as part of the gifting culture in Diwali. Non-native festivals such as Valentine’s Day and Christmas also have been co-opted for the campaign. The Valentine’s Day campaign says, why gift dead roses when one can gift a rose by gifting a rose plant.

Similarly, on Christmas, BAKUL gets Santa Claus to travel on a bullock cart instead of a sledge and Santa goes around gifting plants. The Father’s Day campaign also said, “you were the 1st. Give your father another Gift that Grows”.

The campaign drew attention also to other popular gifts. One poster asks, what happened to your gifts of the previous year and shows the box of chocolates finished, the teddy bear little damaged and the bouquet in the dust bin. But the plant that was gifted had grown.

Sujit Mahapatra of Bakul said that in the nine years since the campaign started, there has been significant change.

Whereas people found it difficult what Bakul meant when it talked about the culture of gifting plants in 2009, now, many people understood, appreciated and had started the practice of gifting plants. He is hopeful that with continued efforts, a cultural change could happen. After all, once upon time, people would have frowned upon cash and bouquets as wedding gifts. That changed. Similarly, another change can happen and gifting of plants can be an established practice. 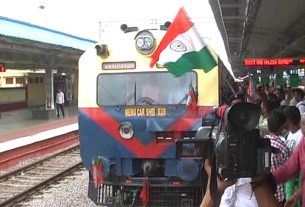 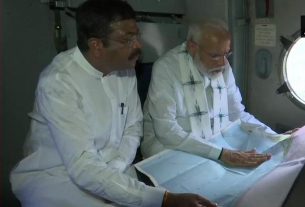