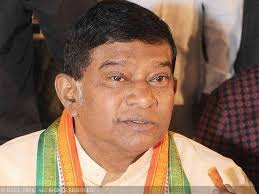 Bhubaneswar,
Sep 17: The Chhattisgarh Janata Congress led by Ajit Jogi who was critical of
Odisha Government for opposing projects being constructed upstream Mahanadi by
his State has come out in support of the ruling BJD who has been opposing controversial
Polavaram project in Andhra Pradesh.
In support
of BJD’s protest against Polavaram project, Jogi will take out a bus yatra from
Jagdalpur in Chhattisgarh to Malkangiri in Odisha to protest against
construction of the proposed project on Tuesday, the day the regional party scheduled
to hold protest across seven districts of south Odisha, including Malkangiri.
The Chhattisgarh
Janata Congress strongly believes that national parties-Congress and BJP- have
failed miserably in sorting out the grievances of Odisha and Chhattisgarh involving
Polavaram. The Chhattisgarh Janata Congress further appealed to all regional
forces to come together and work as a cohesive force to ensure people interests
are protected in both the States.
Odisha and
Chhattisgarh are opposing Polavaram project tooth and nail as it will submerge
vast tribal areas of the State.