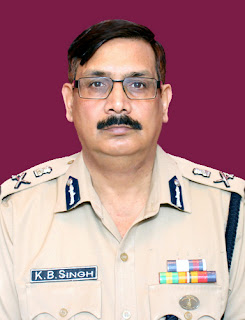 Cuttack, Sep
29: Odisha on Thursday sought central force for the smooth celebration of
Durga Puja, which coincides with the Muharram.
Keeping in view
several incidents of communal tension witnessed during the recent Ganesh Puja
in Balasore, Rourkela and Kendrapara, DGP KB Singh has sought at least four
companies (more than 400 personnel) of Rapid Action Force (RAF) from the Union
Home Ministry for deployment during the forthcoming Durga Puja and Muharram,
which falls on a same day.
Singh said the
RAF personnel will be deployed at communally sensitive places of the State.
He said the Centre
was requested to send the RAF companies before the Durga Puja, which is commencing
on October 8.
The DGP also
held a videoconference with all Range IGs, DIGs, SPs, Commissioner of Police and
DCPs and instructed them to remain alert and prepared for any eventuality.
“Ensure the
twin festivals are celebrated peacefully,” instructed the DGP. Director
Intelligence Sunil Ray and IG (Law and Order) Satyajit Mohanty also interacted
with the range and district officials.
The DGP also
appealed to the people of all communities to maintain communal harmony during
the observance of the twin festivals. He issued a set of advisories to all
police personnel to tackle tactfully any communal tension or untoward situation
during the festivals.