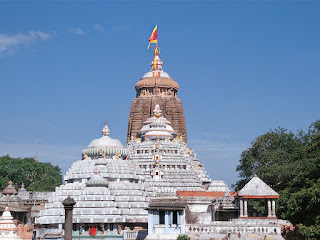 Bhubaneswar, September 21, 2017: The Bhubaneswar Circle of
the Archaeological Survey of India (ASI) with the help of ABB India Pvt Ltd installed
OPR lightning protection systems at the Lord Jagannath Temple in Puri in Odisha.
The OPR technology protects broad areas of open space and
buildings from lightning strikes with a single unobtrusive steel rod and ground
connections.
Charged with protecting the many monuments in the state of
Odisha from lightning and other hazards, the Bhubaneswar Circle of ASI worked
with ABB to install OPR lightning protection systems on 11 temples in the
state, starting with the largest, the 12th-century Jagannath temple complex in
Puri, one of the most famous religious complexes in the world.
ABB technology has been deployed to protect the sprawling
Jagganath Temple complex in Puri from lightning strikes. The 12th century
shrine complex has 30 separate temples and broad open spaces. 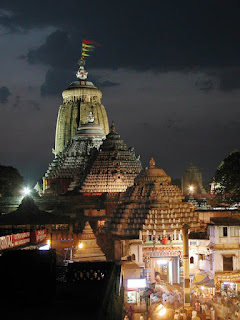 The innovative OPR range of early streamer emission air
terminals (ESEAT) is especially effective for open-air sites. With this
technology, a terminal rapidly emits an upward channel of ionized air, referred
to as a leader, when conditions are ripe for a lightning strike. The upward leader
races toward the downward arc of a lightning strike, intercepts it before it
can strike other objects in the area and channels the power safely through the
OPR rod to the ground.
If a single building needs protection, installing static air
terminals on top of the structure, connected by a web of conductive wiring to
grounding rods — a structure known as a Faraday cage-can securely insulate the
building and its contents from strikes.
But when a large open-air area that cannot be wired needs
protection, or if a building such as an ancient temple cannot be
inconspicuously retrofitted with a conductive cage, an OPR system is the
solution. Depending on the height of placement, an OPR 60 terminal can protect
up to 120 meters in any direction.
After a lightning strike in June 2015 on the Khajuraho Temple
in Madhya Pradesh damaged the stone building and killed a 17-year-old tourist,
officials in Odisha started initiatives to tackle the lightning crisis.
Each year, around the first of July in the heart of the
June-to-September monsoon season, as many as 1.5 million people crowd in and
around the 400,000-square-foot temple complex for a procession known as Rath
Yatra.
The temple complex, with 30 separate buildings and broad open
spaces, provided the first challenge for OPR’s ability to protect Odisha’s many
heritage sites.
The enormous chariots of Lord Jagganath and his brother, Lord
Balabhadra, proceed through the thronging crowd during the annual Rath Yatra,
or Festival of Chariots, at the Jagannath Temple complex in Puri.
ABB India coordinated with Odisha’s General Electric
Department and the Jagganath Temple authorities to install the first external
lightning protection system at the temple. Since then, the safeguarding has
broadened to include 10 other sites, including the Lingaraj temple, one of the
oldest in the state, and the Megheshwar temple, both in the state capital city
Bhubaneswar.
“India’s diverse historical monuments are our national
legacy. And it is a matter of great pride that ABB’s state-of-the-art global
technology has been playing a key role in assisting ASI to conserve our
heritage structures,” said Sanjeev Sharma, managing director of ABB India Ltd.