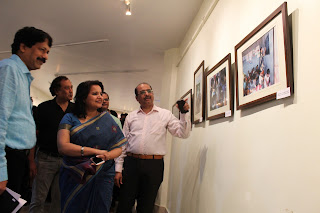 Bhubaneswar, November 15, 2017: A five-day photo
exhibition to sensitise people on the issues of child labour and measures to
tackle it started on Wednesday at the Regional Lalit Kala Kendra here.
This was organized by Bakul Foundation, Mushroom: The
Photographer’s Circle and the Odisha Labour Department with the support of
UNICEF. The exhibition will end on November 19. 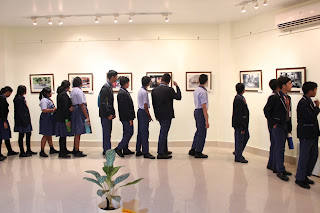 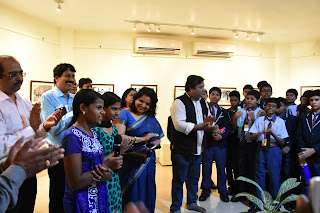 Garg said the Government was committed to ending child labour
and wanted everyone to join hands to mitigate this problem.
The five-day photo exhibition is being held to mark the
Children’s Day celebrated in India on November 14 and Universal Children’s Day
celebrated across the world on November 20.
The aim of the exhibition is to open the eyes of the public
to the varied and yet common and complex instances of child labour and to make
them aware how they might be complicit in the prevalence of child labour. The
attempt is also to make the public aware of what mechanisms are available on
behalf of the Government to address this issue and how they can help, Deepsha
Dhal of Bakul Foundation.
This photography exhibition emerged out of the Mu Volunteer
initiative of Bakul Foundation and UNICEF. The Mu Volunteer initiative is an
attempt to promote and strengthen young change makers and thereby create a
community of change makers. Since images speak more than a thousand words and
people feel and recognize every disaster and issue through certain poignant
images, photographers were roped in to use photos to create awareness on the
issues of child labour.
Hence, the exhibition with 60 photos spread over three sections.
The first 30 photos set the Context of Child Labour and showing the diversity
of professions in which children are employed from the roadside dhaba and
domestic work to brick kilns.
The next set of photos focus on situations that ensure
Prevention of Child Labour. This section has photos on what childhood should be
like and has captures of children, who were potentially at risk as they seem to
come from financially weak families, but they are engaged in a happy childhood
with fun and education, with play and study, with reading and drawing.
The third set of photos focus on the Response of the Labour
Department to cases of child labour with images of children being rescued from
worksites, children studying in the NCLP (National Child Labour Project)
schools and children studying and residing in Seasonal Hostels set up to ensure
children do not have to accompany their parents, who are seasonal migrant
labourers to other states.

Bid to reduce disability and death due to cardiovascular disease