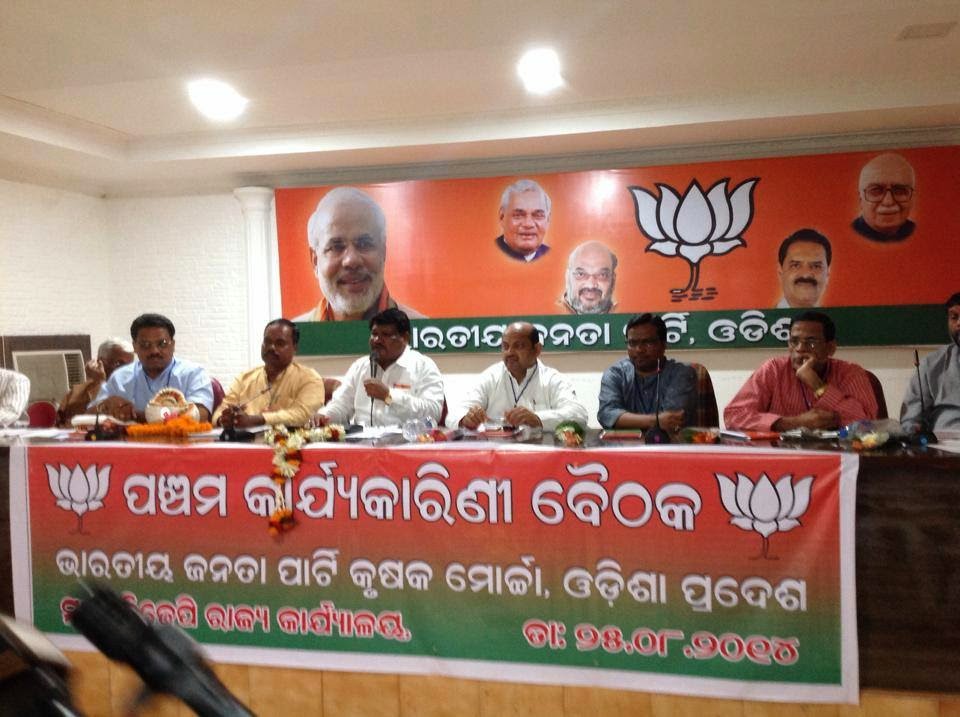 Bhubaneswar, Aug 25: Union Tribal Affairs Minister Jual Oram
on Monday slammed the Odisha Government alleging that that it is doing little
for development of the farmers’ community, which constitutes 80 per cent of the
State’s population.
“The plights of the farmers in the State are worsening day
by the day sans the State Government’s support,” Oram said while speaking at
the 5th State executive meeting of the BJP State Krushak Morcha here. He called
upon party workers to fight for farmers’ cause on a priority basis.
“Now there is no enough fertiliser in the State. The State
Government should take prompt measures to address the deficit. If it writes to
the Centre, we will certainly ensure release of fertiliser to the State
adequately,” said Oram.
He also highlighted the achievements of the BJP-led NDA
Government at the Centre in the last 100 days and said Prime Minister Narendra
Modi would launch the much-talked-about Jan-Dhana Yojana on August 28.
Oram claimed that the BJP is going to be the only political
alternative in the State.
Among others, BJP State president KV Singh Deo and farmers’
wing president Maheswar Sahoo graced the meeting.

1,300 dwelling units to be built at Satya Nagar